When I was pregnant with my son, my body underwent myriad changes that took me completely by surprise. I hadn’t read about them in any of the books and I spent a lot of time completely freaked out. For instance, no book described what it would feel like when the baby had hiccups. My entire belly moved and I called my mother sobbing, thinking he was having seizures. Not seizures, just Mexican food – it gave him hiccups every time. I’ve forgotten most of those changes now that it’s been over two decades since I experienced them; so, I can’t share them with expectant mothers. However, my journey to change my lifestyle is only three years old and I still remember most of the changes involved with it. 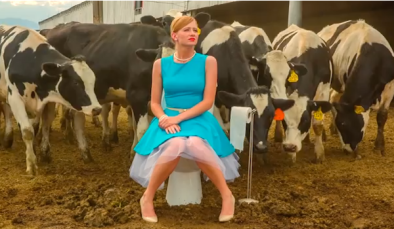 We probably should have had this discussion a long time ago; but, I was aVOIDing it. Yep, didn’t really want to talk about it; but, as the commercial says, “It’s time to get real about what happens in the bathroom.”

My aunt Sally, a nurse, talked about when patients “voided” for a long time before I figured out that she was talking about when they went to the bathroom. It’s just not a topic of general conversation, is it? In fact, you’re thinking about stopping our daily visit right now, aren’t you? Well, I’m the one sitting here writing and I’ll tell you that I’m thinking about stopping it! However, all along, this blog has been a means to share my experiences as I changed my lifestyle. And, the changes in how my body rid itself of waste were huge ones for me.

First, let’s deal with an easy first topic – sweat. I used to sweat easily and copiously. In fact, it was pretty embarrassing. My body does not and never has dispelled heat effectively; so, if I exert myself, I’m liable to get so red in the face that I scare people. However, as I built my walking pace, time, and distance, my body didn’t sweat as much or as quickly. It learned how to better deal with the heat it produced and to cool itself without making me look like Violet Beauregarde. It took time, but my body got used to it. Another thing my body got used to was water instead of soft drinks; but, it balked at first.

That’s our second topic – urination. If you are going to consciously, significantly increase your water intake, I would suggest that you first do so on your days off, when you are going to be home and near the toilet. It didn’t happen for me right away since I was actually more dehydrated than I knew. My body was thrilled to get all of the water it needed and, oddly enough, the more I drank, the more it wanted right at first. When my cells finally believed that we were not at an oasis in the middle of a soda fountain desert, my body began to throw off the excess water. It was almost like those first months of pregnancy when I had to pee every five minutes. Again, once my body got used to having what it needed, it calmed down and my schedule went back to a more reasonable one. The initial water influx had an additional effect on me, however, and that one took me completely by surprise.

That’s our third and final topic – defecation. The increased water intake seriously freaked out my colon which was unaccustomed to absorbing all of that fluid – you know, like it’s supposed to do. So, initially, it didn’t absorb it – it passed the liquid right on through. Again, as my body remembered how it was supposed to function, that issue went away as well. Prior to eating more fruits and vegetables, I had serious issues with constipation – a little personal here, but sometimes I might only two or three movements a week. Now that my fiber intake is so much higher, it’s now a daily event and my body really does feel a lot better. A final thing to remember on this subject is that as you increase the number of greens you eat or if you eat beets or purple carrots, your feces (and/or urine) may change color. This is perfectly normal and nothing to be alarmed about.

But, in the early days of change, here’s a product you might consider stocking up on: