Reeva Steenkamp – model and Oscar Pistorius’s girlfriend. That’s all we know about her – well, in the States, at least. Maybe in South Africa the media has given more information about her than just those surface facts; but, in my searches, I haven’t found it. I really would have hoped to have found several articles about her – about who she was, what she accomplished and what she dreamed. Instead, I found lots of ink labelling her a model and, thus, essentially dismissing her. She becomes a cardboard cutout and, thus, nothing more than a supporting cast member in the life of paralympian hero Pistorius.

I’m not sure which urge is stronger for me at this point: to gag or to sob at the tragedy of this. 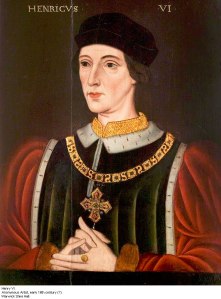 First Thing We Do, Let’s Kill All the Lawyers

Perhaps Pistorius is a fan of Shakespeare’s Henry, VI (Part 2) and agrees with Dick when he makes this pronouncement in Scene 2 of Act 4….. Nah, I don’t think so, either. Still, Steenkamp was more than a supporting cast member. She had a favorite color, a favorite food, a favorite song. She had a mother who adored her. She was a full-on human being with all that entails. She actually was a lawyer, having graduated with a law degree from Nelson Mandela Metropolitan University. Now, I don’t know if South African law degrees are the same as ours in the US and, while I can find statements saying that she was studying for the bar and working as a paralegal, I cannot find any that say that she actually passed the bar or practiced law as an attorney. Regardless, I’m fairly certain that their law degrees aren’t handed out like handi-wipes at Buffalo Wild Wings any more than ours are. The woman had a brain in her head and, before she turned to modeling and television, she worked to get that degree. And, according to a friend, how did she plan on using it? By helping victims of domestic violence.

Is that irony or just a really bad cosmic joke?

In addition to being an intelligent woman, she was a determined one. While in her early 20s, she was injured in a horse riding accident. She broke her back and had to learn to walk again. That takes some grit! Never having had to learn to walk after a broken back myself, I did a little research. Not in any piece I read did I find the words “easy,” “painless,” or “quick.” Recovering from those injuries takes a lot of time, a great deal of determination and dedication. The process is grueling and painful. And it’s a process that this “supporting cast member” survived.

Recently, Steenkamp’s mother June has opened up about some things her daughter told her (or, in the effort to be unbiased, things she says that her daughter told her). She says that although Reeva had been seeing Oscar for four months and was sleeping at his house, the two did not have a sexual relationship. June says that Reeva was uncomfortable taking the relationship to that level and, in fact, was going to leave Oscar when he killed her. June says that Reeva’s bags were packed which backs up her claim.

Even if June is incorrect and is stating more of what she wants to be true than what actually is true (and I’m not saying anything either way since I know only what I read), one does wonder why a woman who had been passionate about helping victims of domestic abuse would stay in a relationship with a man who has been described by his own friends as moody and who had a well-documented history of firing guns in public.

Why didn’t she just leave?

We’ll talk about that tomorrow.