I have either had or believed I had a weight problem most of my life.  I have lost weight and found it all again; but, most of the time, I’ve just wished I could lose weight or (at least) said that I wanted to.  I haven’t REALLY done much about it other than to lose and gain the same ten pounds about a hundred times.  If there were a Frequent Loser instead of a Biggest Loser, I’d be the Grand Champion!  Several people have asked me what made this difference this time.  What made me stick with it?  What made it work? 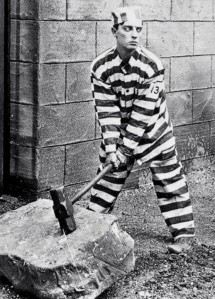 As a senior in college, I spoke with a professor when I was thinking about attending law school. “Doty, ” he said, “you’ll fail.  And when you do, you’ll be devastated. You’ll fail not because you’re not smart enough, but because you don’t want it enough.”

He was right.  It wasn’t important enough for me to put my back into it.  I didn’t want it enough to give it everything I had.  I would have failed.  If I had wanted it badly enough, his words wouldn’t have stopped me – but they did.

Maybe, the answer for why the lifestyle change worked this time is just that simple.  Maybe I didn’t want it enough before.

Maybe this time, I wanted comfort, health, and possible grandchildren more than I wanted Phish Food.  Maybe this time I believed it was the worth the effort to save my own life.

Maybe this time, I valued myself enough to put my back into it.

2 thoughts on “Putting My Back Into It”