In a parable credited to the Cherokee, an old chief teaches his grandson about life.

“A fight is going on inside me,” he said to the boy. “It is a terrible fight and it is between two wolves. One is evil – he is anger, envy, sorrow, regret, greed, arrogance, self-pity, guilt, resentment, inferiority, lies, false pride, superiority, self-doubt, and ego. The other is good – he is joy, peace, love, hope, serenity, humility, kindness, benevolence, empathy, generosity, truth, compassion, and faith. This same fight is going on inside you – and inside every other person, too.”

The grandson thought about it for a minute and then asked his grandfather, “Which wolf will win?”

The old chief simply replied, “The one you feed.”

It’s not a new story; but one that bears repeating.  The bad wolf isn’t just anger or meanness.  It is SELF-DOUBT, REGRET, & INFERIORITY.  Get this: the bad wolf is head trash.  It’s all the stuff we’ve been talking about. 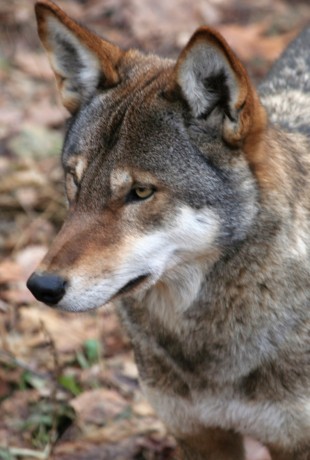 Yesterday, I walked into a public restroom to find one of my biggest pet peeves, likely one we share.  As I began an internal rant, questioning the parentage of the offender, concluding the parents were likely wolves, I began to think of the allegorical ones.  This led to a conscious decision to be thankful for those who ensure that toilets are flushed rather than cursing those who don’t.  The shift in thinking was small – tiny, really; but, that tiny shift sent negative energy generation to positive energy generation. I chose to feed the good wolf.

For me, anyway, the cycle of negative thought and energy eventually turns inward, regardless of how it begins.  I may start by being annoyed at some other driver, irritated at the news, angry at my congressmen, or just peeved because I can’t find the shoes I want to wear.  I will almost always end by feeling like I’m ugly and my mother dresses me funny.  Regardless of the source of the negativity, eventually, it turns on me – like the snack snake yesterday and like the dog (or wolf) that bites the hand that feeds it.

I’m no pacifist, understand, and am not 100% certain that we don’t need the bad wolf to protect us a little bit; but, she’s a dangerous beast and should be loosed only when appropriate.  If I feed her too frequently and too much, she overpowers me. She is canis lupus rufus – the red wolf.  You’ve heard of a red-headed temper?  Picture it with fangs.  If she is overfed, anger becomes my first response rather than my considered response.  That’s a problem.

I can keep her alive with righteous indignation at political corruption, human trafficking, rape, etc.  Sadly, there are plenty of sources.  However, I must always maintain a balance, feeding the good wolf with positive thoughts, random acts of kindness, help for neighbors, courtesy to strangers, etc.  I have to feed her more for my heart, mind and spirit need her more.

Join me today in spreading positive energy by complimenting a total stranger.  Let’s do our hearts, minds and spirits a good turn and feed the good wolves today.

4 thoughts on “Feeding the Right Wolf”