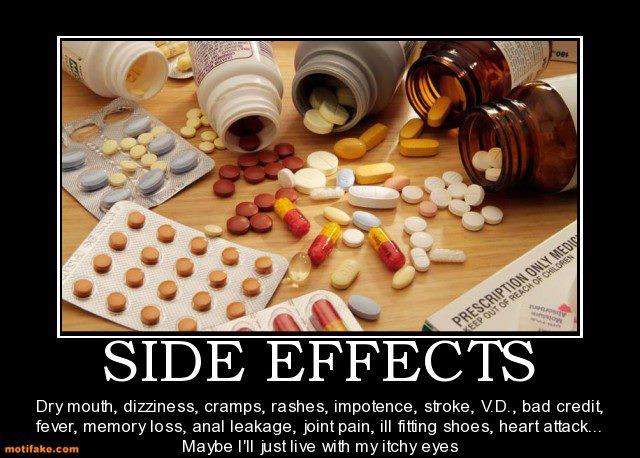 In December, I shared with you that I was planning to have a permanent birth control procedure and that we were unable to actually do it due to some bizarre turn in my fallopian tubes. In November, I shared with you that I was struggling with a monster case of PMS and was on an eating binge. Also in November,  and in preparation for that procedure, I was given a depo provera shot, which brings me to my point – I should have read more on the side effects of that shot.

Because I had to have it in preparation for the Essure thing, I didn’t give the shot two thoughts. Let’s do this thing! Time’s a-wastin’! I was ready to get on with it. I REALLY should have paid more attention. Three of the side effects are:

Yeah. I should have read up on that. Or at least asked around. Several people told me that they went through the same thing with the shot. One woman gained 80 pounds! O.M.G. (Now, to be fair, not everyone I talked to experienced weight gain. The ones who didn’t, I’m no longer talking to, just so you know. Harumph.)

As I’ve told you, I have dealt with depression before and I believe that the shot (in conjunction with a minor romantic flame-out that occurred at about the same time) sent me into a dark place. And what do I do when I’m in a dark place? That’s right! I eat!!! I park myself in the freezer section with a spoon. Well, then, add to that, the other two side effects of appetite change and weight gain, and I’ve got a real problem.

So, here I sit, three months later with 20 extra pounds on my body. Stuff that hasn’t jiggled in ages is jiggling – like jiggling to the point that when I trotted at work the other night, I nearly gave myself whiplash. I can’t fit into my clothes. Even my stretchy clothes are yelling “Uncle!” at this point. Oh, y’all! This is soooohoho not good. Although I know that I’m not back into a size 20, I feel like it. I feel so fat and uncomfortable, it’s just disgusting. And, guess what! The appetite issue hasn’t really slowed down.

I can’t seem to feel full and the more sugary a thing is, the more I want it. I’ve even been eating things I don’t like. The other night I scarfed down a package of chocolate Zingers like someone was going to steal them. I don’t even like chocolate cake, yet I practically licked the packaging to get all the crumbs! I go to the store to buy healthful foods and I come home with great options. Then, when the pangs hit, I get back in the car and go buy junk food.

I started this blog with the intention of sharing with you how I initially lost weight and was keeping it off. It seems to me that I’ve spent less time doing that and more time sharing with you how I’m losing the weight that I’ve put back on – whether that’s five pounds or, now, twenty. Still, if we can honestly share that struggle together, then we can help each other overcome it.

So, hello. My name is Jon Anne and I am a binge eater with 20 pounds to lose. Who are you and what do you want from our time together?

I awoke this morning to find carnage in my kitchen. At the center of the obvious crime scene were the ravaged remains of a bag of barbecue potato chips, a bag of multi-grain tortilla chips, a king sized Hershey bar with almonds and a container of Dream salted caramel gelato. Oh, the horror! The inhumanity! Who could have done such a thing?! Surely not I, the Positive Thinking Blog Goddess – Her Dotyness herself!

Johnny Cochran said, “If the glove doesn’t fit, you must acquit!”

But, then, Cotille Jones (remember her?) said, “If yo ass shows swell, you guilty as hell!” It seems that Ms Jones has seen my jeans.

As I’ve mentioned to you before, I am an emotional binge eater and for about the last month, I’ve been struggling with it – like Godzilla versus Megalon type struggling. Small Japanese fishing villages have been torched in the fray. And I’ve been losing.

At first, I thought the cravings were just PMS (and they might have been), but that’s not the issue now.  In public, I’m making good food choices; but, behind closed doors, I’m eating everything I can get my grubby little hands on. My cats have learned to be even stealthier than usual and my dogs sleep with one eye open. PMS cravings would have ended after just a few days. This has been going on for about a month. Now, the jeans that I could take off without unbuttoning a month ago are a real challenge to button at all. Not good. Clearly, something else is going on here.

My friend Russell told me years ago that I was one of the most self-aware people he knew. I like to think that I’m pretty self-aware; but, I like to think that I look a lot like a young Ann-Margret, too. Whatever my level of self-awareness, I am aware enough to know that to change my behavior, I have to figure out where it originates. If I want to stop my emotional binge-eating, I have to uncover the emotion(s) that is (are) causing it. To that end, I’ve been poking around in my mind to see what anxiety fuse has blown.

I worked at Complete Automotive Repair and Service in Metairie, LA. (Julie’s, to most of our customers.) We had this one customer who, when asked how she was, would always reply, “I don’t have any problems that money can’t solve. So, I guess I’m good.” That’s what I need to focus on. And I’m trying.

I don’t walk miles each day to get water of questionable safety. No mortars fall in my town. I don’t live in fear of being attacked every time I leave my front door. I don’t have to wear a burka or have a male escort to go anywhere. I can vote. I can publicly disagree with my government. I can practice any (or no) religion I choose. Stocked grocery stores are all over town. And I have my pick of doctors to see when I’m ill.

As long as I have food, clothing, shelter and health, the rest are just First World Problems that I should be grateful I have.

Then, how come I still want a brownie?