So, I started Project 40 Monday morning at about 4:00. (Hey, I work third shift; I have bizarre sleeping hours even on my days off.) By 7:30 I was already having sugar withdrawals. I knew they would be coming, but that didn’t make them any easier. 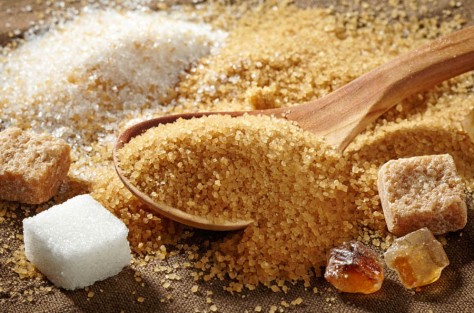 While I wasn’t blogging for awhile, I was eating. And I was eating all the stuff I know is bad for me – processed foods with refined sugar. I even fell off the vegetarian wagon for several days and ate shepherd’s pie that I had made with some ground lamb that my father had left here and that I had thawed in error. (While the shepherd’s pie was tasty, my stomach issues over those days weren’t really worth it.) In general, my system has been in absolute chaos! It was anarchy, I tell you!

And, as it is with anarchy, when I tried to restore order, my efforts were met with stiff resistance – particularly from the sugar junkie cells. As you no doubt know, sugar activates the pleasure centers of the brain in ways very similar to both cocaine and heroine. Still, sugars, both naturally occurring and added, are in nearly everything. We can’t totally avoid it; but, what should we limit ourselves to?

That’s tricky because there are no USDA guidelines like there are for nutrients since sugar isn’t a nutrient. So, it depends on who you ask as to how much is the right amount. I recently found an article on the American Heart Association’s site which recommends no more than nine teaspoons of sugar per day for men and no more than six teaspoons for women. (The World Health Organization uses similar guidelines.) To translate it into units on nutritional labels, that’s 36 grams for men and 20 grams for women. Okay, that still doesn’t have much meaning for me; so, let’s look at the sugar content of some things I’ve been eating:

In the past month, I’m pretty sure that I’ve eaten three years worth of my sugar allowance. Now my brain has gotten used to it and weaning the grey cells off the white stuff is going to be a battle, any way I look at it. Still, it’s a battle I’ve won before and I won it with apples.

So, my kitchen is well-stocked with apples and for the next week or so, I won’t worry about my daily sugar intake as I reach for an apple when the cravings hit really hard. If Project 40 works like the Great Reduction, I won’t have to reach for the apples for very long. The Sugar Monster will slumber once more and all will be peaceful in the kingdom.

One thought on “Gimme Some Sugar!”